Mel didn’t have anything special planned for me today and there were no unexpected encounters on the naked ride up to her apartment. It’s been a while and I’d forgotten how strange it feels to be tied up and naked, let alone trying to work whilst doing it. She had a few weeks worth of accounts to do. And yet again I noticed that she had seen Tim for a session. That seems more than a little bit weird to me, but I daren’t ask her about it Also, it seems kind of unethical, from an accountancy professional point of view.

Mel asked me if I was doing anything Saturday night and I said not yet, but I wonder if I should have pretended I was busy. She didn’t tell me what she had planned but that I should keep the evening free.

At least at work I’ve done most of my contribution to the new client work. It’s another Belarusian company too, although I haven’t met them yet and I wonder if it’s someone I met or someone connected to the first firm.

I had a message from ENFBoyfriend (Tim) today. It’s funny that he still uses that forum message feature, given that he could just email me now, but I think it helps us both pretend that there’s some separation between me and work and me not at work (and naked). Anyway, it seems that my nude run with Mel was captured on camera! Or at least some of it. He says it’s hard to work out it’s me, but I think anyone who knows me will spot it straight away. Mel’s going to get me into some real trouble sometime soon because without her there’d be no pictures or videos of me anywhere on the Internet.

Anyway, apart from that I spent today reading up on international corporate accounting again. Such a glamorous life! Even doing it naked can’t make it exciting (but I have to admit I do find it interesting).

I made sure I was at the park run this morning, and this time Mel didn’t hang back to run with me. Other than that I’ve had such a backlog of chores and shopping to do and I’m actually glad for a quiet night in. I gulped and then opened the door, swung both legs out and stood, closing the door behind me. I saw their heads move up and down as they took in the sight of a tall naked woman stepping out of a sports car. I was glad their eyes were behind sunglasses too. “Wooo-eeh,” I heard one of them say quietly.

“Step to the front of the vehicle and put your hands on the hood,” the officer instructed.

I had never been pulled over before, but I had seen enough of this on television. I stood by the side of the car bonnet and placed my palms flat on it. The low car and my high heels meant I had to bend at the waist to reach. Through my hands I could feel the warmth of the engine.

I heard one of the officers walk over, his feet crunching in the gravel and dust and, I thought this was unnecessary, he gave my shiny stilettos a gentle tap with his boots to indicate I was to spread my legs wider. I had no choice but to comply as I looked down at my dust-covered shoes.

I heard the car that had been chasing me reversing and the road block was cleared. Then I heard another, lower sound. It was the truck I’d overtaken catching up with us. He slowed right down to pass us, enjoying his view of my legs apart and my rear end pointing out towards the road. As he passed he sounded his horn, just to remove any doubt as to whether he had seen what was going on.

“Erm, I’m not sure I need to check for a concealed weapon, are you?” the officer nearest to me asked his partner, who laughed.

I felt the officer’s hands around my left ankle and then run slowly up my leg, and then do the same with the right. I have to confess, all feelings of arousal had disappeared as soon as I had seen that first flashing light, but as his hand slid up the inside of my thigh I felt the same stirring again. It made me question my sanity.

I had another busy and long day at work. The fourth this week! If it wasn’t for that I might have messaged Elise to see if she wanted to do anything this evening. I’m a bit disappointed I didn’t get anything from her, actually.

I saw Ha today and told her a bit about the holiday. She said it sounded like fun and she was jealous, because the holiday I’d been on with her and Lily had been so much fun too. I said we could still go away together and she said she’d try to think of somewhere that I could get away with being naked! Which was going to be difficult in UK temperatures if we didn’t do it soon.

Anyway, the last day in Poland actually wasn’t that big of a deal, but it was fun. We left late morning and had a mid-evening flight so we took a winding route back. I sat in the front of the car, naked, but Mark had planned a couple of stops for us. So I walked around some castle ruins naked, and we saw an old cave system (but I didn’t go too far inside as it was too cool for my bare skin), and we sat outside a bar in a small village at lunchtime and the locals came and asked Ana why I wasn’t wearing any clothes. I think if that’s all the reaction I’d get then maybe I should move there, although apparently they’re not quite so liberal in all parts of the country. Why can’t people just let each other be themselves?

We got to the car hire place and I realised I was still sitting naked in the passenger seat, and because it needed to be inspected Mark drove it up to the service kiosk and a guy came out. He could already see I was topless, and Ana said there was no point me staying in the seat because we were handing back the keys now. It made his day when he saw I was nude from head to ankles, but at least I had sneakers on!

Ana and Mark teased me as we left the parking lot by saying they didn’t think I needed clothes for the flight. We made it within sight of the airport bus before Ana let me have a dress to throw on, because I don’t think the driver would have let me on otherwise. It felt weird having fabric against my skin all the time.

Anyway, we were so tired when we got back that they went to their place and I came home. It was an amazing weekend, though.

Sorry – work and Pilates has wiped me out for the evening. I promise I’ll write about the last day in Poland tomorrow. 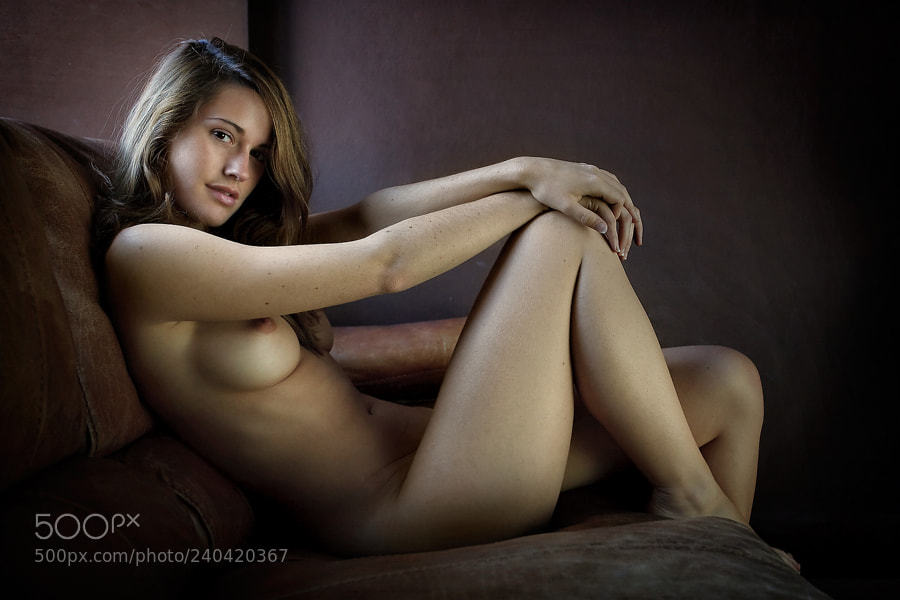 I’ve no energy to write much tonight as I was in work until nearly nine. We have another company interested in our offshore work, after the press release I was in, and it seems like I’m the one with the most knowledge! Which is good for my career but not necessarily good for my life.

The last day of my holiday will have to wait until tomorrow, because Mel happened to me today.

I got to her place as usual and pressed the buzzer and she told me to put my clothes, and even my shoes, into her mailbox and she’d come down to meet me. I thought since it was warm and humid that we’d sit outside again. When Mel came out of the lift she told me to give her the mailbox key, as she had before, and then she handed me a pair of running shoes. I asked what they were for, but I knew already: I’d missed the run on Saturday morning and I hadn’t told her.

I tried to explain that I was with Elise and she said she didn’t care but I had to tell her, and since I’d missed it then I had to do it now. I said I couldn’t go to the park like this because it was a mile away, and I should at least be able to wear something for the walk there. She said that she was going out for a run and I was coming with her, and she’d make sure I could keep up, and if I kept moving fast enough maybe nobody would see me. I said that was ridiculous and I wasn’t going, and she said that was fine, but she was going, and she didn’t know when she’d be back so I’d either have to wait here or walk home naked.

I really didn’t like any of my options and grumbled my way through putting the running shoes on, and then I followed Mel out on to the street.

There were cars. There were a few people. I said to Mel that we had better run so I could get away from the stares, but she said we had to walk for a few minutes to warm up.

So that’s what we did. It was still early and very light, and I heard cars beep their horns, and one guy almost crashed his bike staring at me, and people stared from their windows if they noticed me pass. And then Mel said we’d walked enough and at least as we started to run they couldn’t stare at me for as long.

Mel was running very slowly for her and started asking me about the holiday, but I didn’t have enough breath to answer her. Plus it was really humid and if you think a naked woman running through the streets is a sexy and arousing sight to behold then think again, because I was all wobbling and sweat.

I have no idea how long we ran for or where we went and it was a surprise when we ended up back at Mel’s. I was both getting used to being naked and out on the street and also relieved to be back. Mel asked me if I wanted to come up for a shower but I was too annoyed with her and came straight home.

I’m not sure that I actually hated doing it that much, but I resent that she made me.