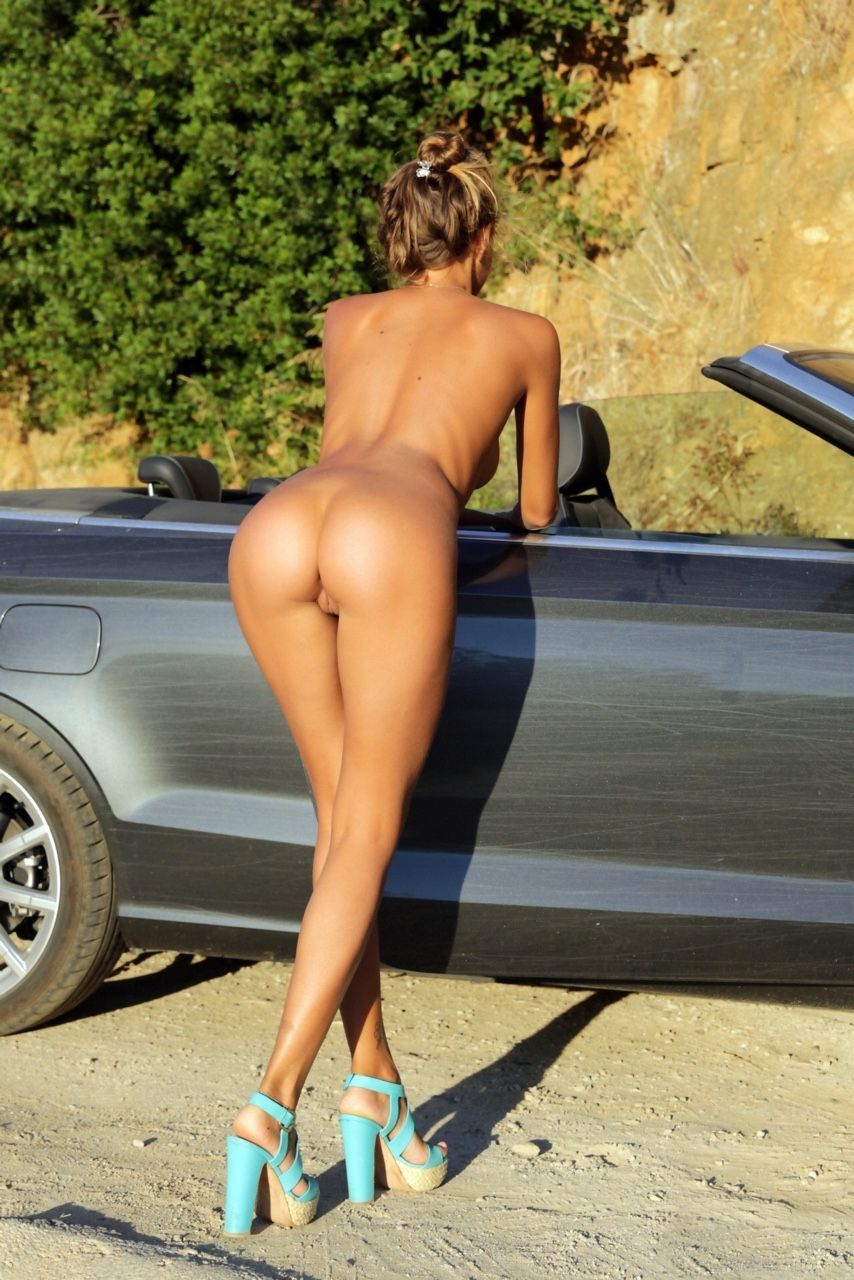 The car behind came to an abrupt stop and turned across the road, in case I had some idea of making another escape attempt. I could plausibly say that I hadn’t seen the first car, but evading a roadblock was something else entirely and if I tried anything I could end up with some serious jail time. I turned off the engine and my hands fell to my sides.

One of the officers with a gun took a step forward and called out to me. “Ma’am, can you step slowly out of the vehicle.” It wasn’t a question.

I gulped and then opened the door, swung both legs out and stood, closing the door behind me. I saw their heads move up and down as they took in the sight of a tall naked woman stepping out of a sports car. I was glad their eyes were behind sunglasses too. “Wooo-eeh,” I heard one of them say quietly.

“Step to the front of the vehicle and put your hands on the hood,” the office instructed.

I had never been pulled over before, but I had seen enough of this on television. I stood by the side of the car bonnet and placed my palms flat on it. The low car and my high heels meant I had to bend at the waist to reach. Through my hands I could feel the warmth of the engine.