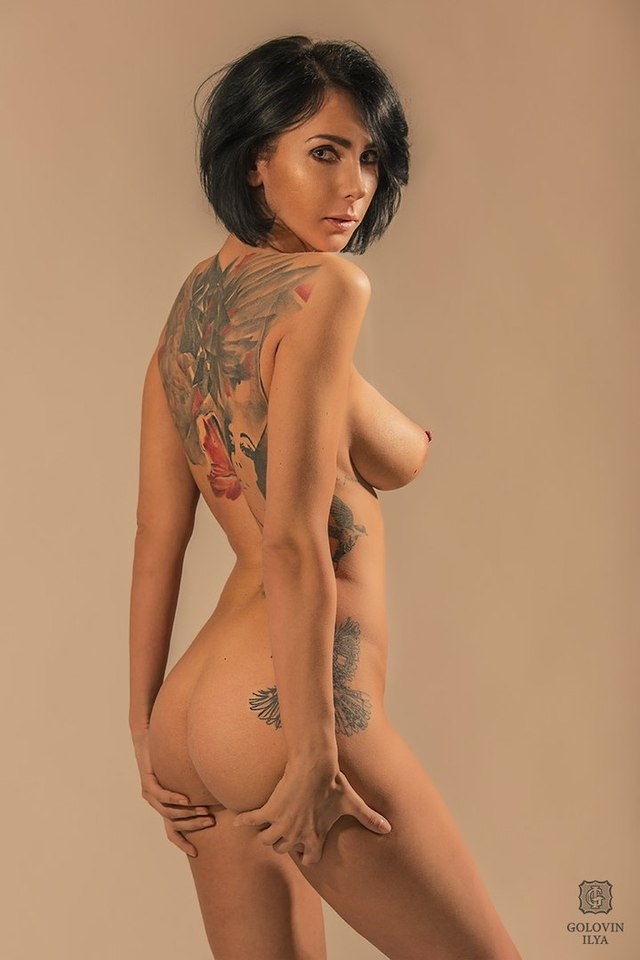 I looked down at my feet and shoes. I did have nice feet, and the thin stilettos did set my legs off nicely.

“That’s why I stay barefoot as well,” Natasha continued, “Can you imagine what I’d look like in those heels? The boys would think I was begging for it.”

Natasha had a point. Somehow, she was just naked, or nude, or whatever she might want to call it, but it wasn’t like a stripper was nude. She was sexual, but not just sexual. It’s hard to explain, but somehow sexuality wasn’t what defined her nakedness.

“But you must get guys chatting you up all the time?” I asked her, and that brought another of those quizzical head tilts. I translated to American in my head and rephrased it. “Hitting on you,” I added.

“Oh, well, sometimes,” Natasha answered, “But most of them are too scared. I mean: where do you start? As long as boys don’t get into a pack-hunting frame of mind then I’m fine, and, as I said, people here are friends of friends. And besides,” she added, “I usually mention my boyfriend Martin over there.” A nod of her head indicated a towering figure with a stereotypical American football player build across the room. “And that puts them off the idea pretty quickly.” She giggled and it was obvious she quite enjoyed handling the reactions her nudity provoked.

“And he doesn’t mind, everyone seeing you?…” I asked her.

Natasha shook her head. “Not at all, or at least he says he doesn’t, and he knows he has to accept me as I am. And I was fully dressed when we first met too, so it’s not like this is a thing he’s into or anything weird like that.” I couldn’t help thinking it was something weird already, but I wasn’t sure that I should think that.