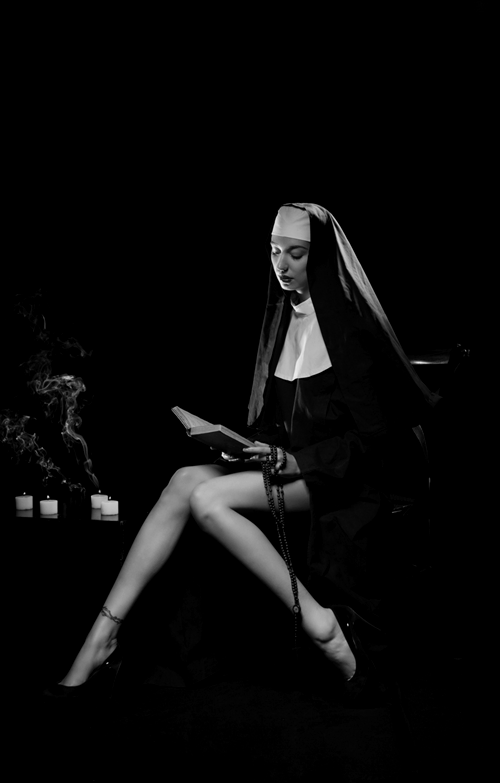 She felt satisfied: she may not have the full, red lips, the dark eye make-up, or high heels, but her figure was just as good. She felt that, in another life, if she had a man then there would be no reason for him to look at anyone else. Still, that was in the realms of fantasy, and she wasn’t exactly sure what the appeal of keeping a man was in any case.

Sarah’s reverie was broken by a sharp knock at the door.

“Sister Sarah?” the voice from the other side called.

Sarah suddenly panicked. At least she had remembered to lock the door: there was no way anyone could discover her like this.

“Sarah?” the voice called again with another knock, “Are you in there? The Reverend Mother wants to see you right away.”

Sarah looked around: she couldn’t keep the Reverend Mother waiting, not for the time it would take her to change back into her own underwear. Hurriedly, she pulled her habit over her head. She looked down: it was long enough that it covered her feet and hide her stockings. She bundled her white underwear up and pushed it back into the drawer.