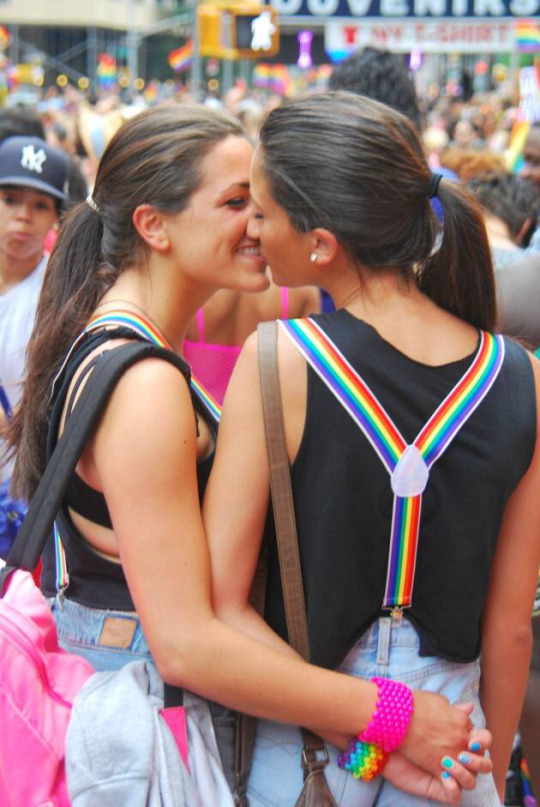 “You thought I might be straight?” I said, pleased at being called a pretty girl but less so about appearing so obviously straight.

I raised my eyebrows and looked at Kathy. She nodded.

“It’s the sundress,” she said, “You look like you’re trying to pull a guy.”

Well, I thought, that wasn’t entirely bad, although, as I’ve already said, my chances of that happening here were less than nil.

“Oh,” I said, mildly crestfallen, and also confused. I looked around at the other women in the parade: if you took out the most extravagant of the costumes, then the outfits on show ranged from everyday jeans and t-shirts to the tiniest of bikinis, and even a few virtually transparent tops. Wasn’t my outfit somewhere in the middle?

“You need to make more of a statement, girl,” Martha said.

“Of course I am!” I said indignantly. The way this sundress bounced around I certainly wasn’t going to leave home without it and, although I might not need a bra all the time, I liked the way it shaped me beneath this dress. And then something occurred to me: “So I’d be making a statement if I didn’t have any underwear on?”

“No!” Kathy said with a laugh, “I was just thinking you could lose the dress!”

I put my hands over my mouth in shock, as much feigned as real. It wasn’t the first time one of them had suggested something like that to me and I always got a kick out of their efforts to see more of my body.

“And you’d still be one of the most conservatively dressed girls here,” Martha agreed.

I looked around: she had a point there. Kathy sensed that I was wavering and to try to carry me away with the moment she grabbed hold of the bottom of my sundress and lifted. It reached as far as my waist before I managed to clamp my arms to my sides and stop her from going any further, although not without a shriek and a giggle in the process.