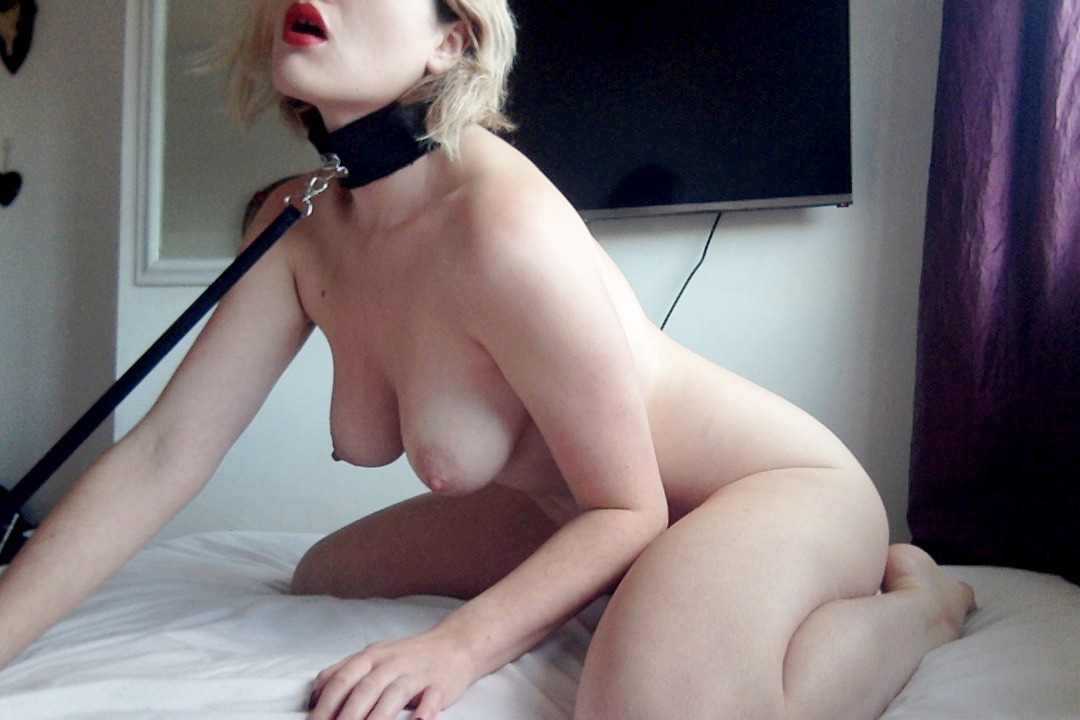 “Well,” she said, and Tina handed her a shiny, silver chain, around three or four feet long, “When I said ‘something to wear’, you may have misinterpreted me.” Her hands returned to my neck with the chain and I felt her fumbling. Then we she lowered her hands, the chain was still between her fingers, but I realised that the other end was attached to me. More specifically: it was attached to the collar around my neck. The long chain hung between us and Lisa stepped back, taking up some of the slack. I was still staring at her, my mouth open.

“So, anyway,” she said, watching my reaction carefully, “Something to wear…” She tailed off, waving the chain back and forth, her fingers holding a thin leather loop at the other end. I felt its movement translated through a gentle tugging of my neck from one side to the other.

‘Something to wear’ was not the same as ‘an outfit’. She had never said ‘an outfit’. I felt suddenly angry at her that she had misled me, but I couldn’t really pinpoint where.

“But…” I started to say. But I can’t stand around like this.

Lisa stepped towards me and cut me off, speaking quietly and softly. “Most people are already here,” she said, “So…” She stepped back again: so there was no need for me to embarrassed, she didn’t need to say, because everyone had already seen me like this.

That wasn’t the point, but I couldn’t think straight.

Read the rest of A Very Grown-Up Party, and 11 other ENF stories, in Just ENF