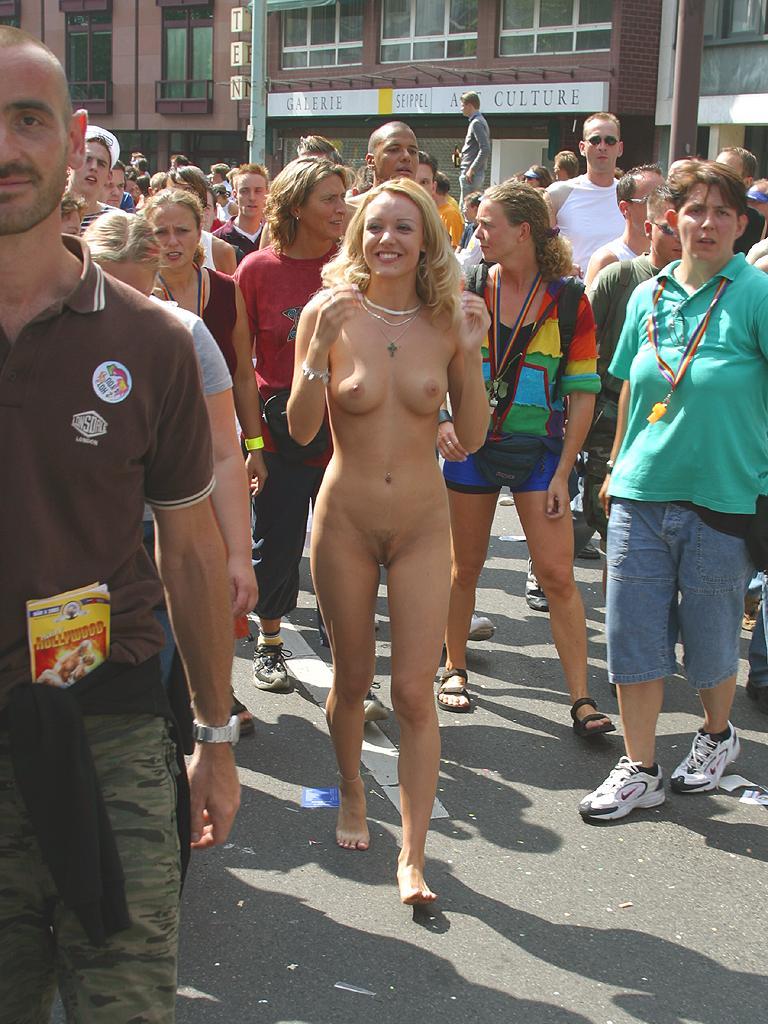 “Now that’s a statement,” Martha said, looking down at my naked body.

“And those shoes… they really work,” Sue said, indicating my white stilettos with her gaze.

“I am so going to get you two,” I said seriously, but then I erupted into a laugh. I don’t know why I laughed; maybe it was a defence mechanism, a reaction at being walked naked down the street, but also there was some relief… that I’d taken half a dozen steps, and nothing bad had happened.

Martha whooped and raised her other hand in the air. Sue did the same, and, to hell with it, I joined in, whooping and waving my arms from side to side with them. Not that I had any choice, but I may as well go along with it. We walked along, the three of us waving our arms in the air, my bra held over my head as if in some form of protest.

My body tingled as I glanced at the onlookers. I saw photos being taken and, this time, there was no doubt that I was the one drawing attention. I grinned and began to wave my body to the music again, revelling in the feeling of the cool air on my bare skin.