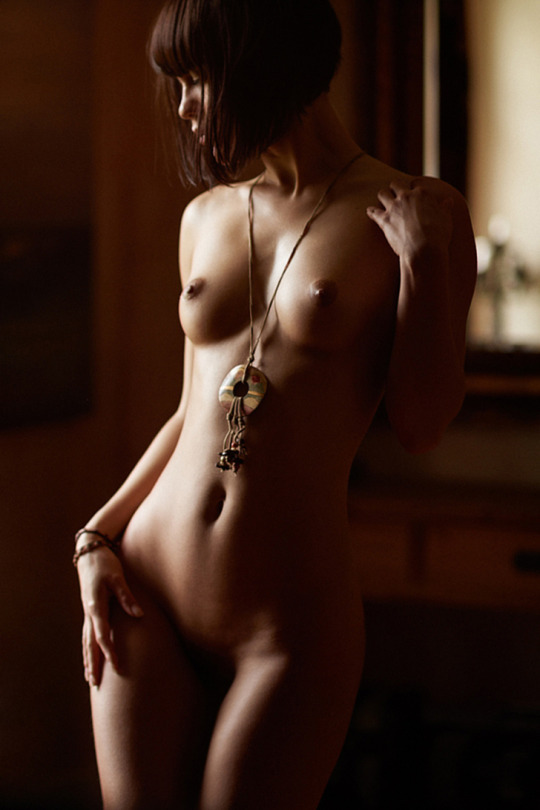 But the main thing I noticed was Mia: by her presence she commanded the space. She was wearing… well, you can probably guess what she was, or rather wasn’t, wearing. I recognised the red heels from the other day and, besides those and her thick black hair, her bare, creamy skin seemed to cast a light on the room. On her hands and forearms were a pair of long, silk gloves, but that was the only part of her skin that was covered.

She had a large, gold-sprayed handbag hooked on the crook of her elbow, an oversized watch on one wrist and a bracelet on the other, and a large braided necklace around her neck with a single stone which hung between her breasts. Long earrings almost reached her shoulders and, to crown it off was, well, a crown, or rather a tiara that sparkled in the intense lighting.

I looked at some of the other guests; there were more than a few who were wearing at least one item resembling something that Mia was sneering at: a brash watch, a tasteless necklace, or a “look at me” handbag. Admittedly, no-one else was wearing a tiara.

I couldn’t take my eyes off of her, and I wasn’t the only one. “Amazing, isn’t she?” a voice said from beside me.

I turned around and saw a late middle-aged man in an expensive suit with a neatly trimmed beard and grey hair.

“All those things that many people aspire to and yet, if you removed them, Mia would become more beautiful as each item disappeared.”

He had a point: her nakedness served to highlight just how drab those expensive items were by comparison.