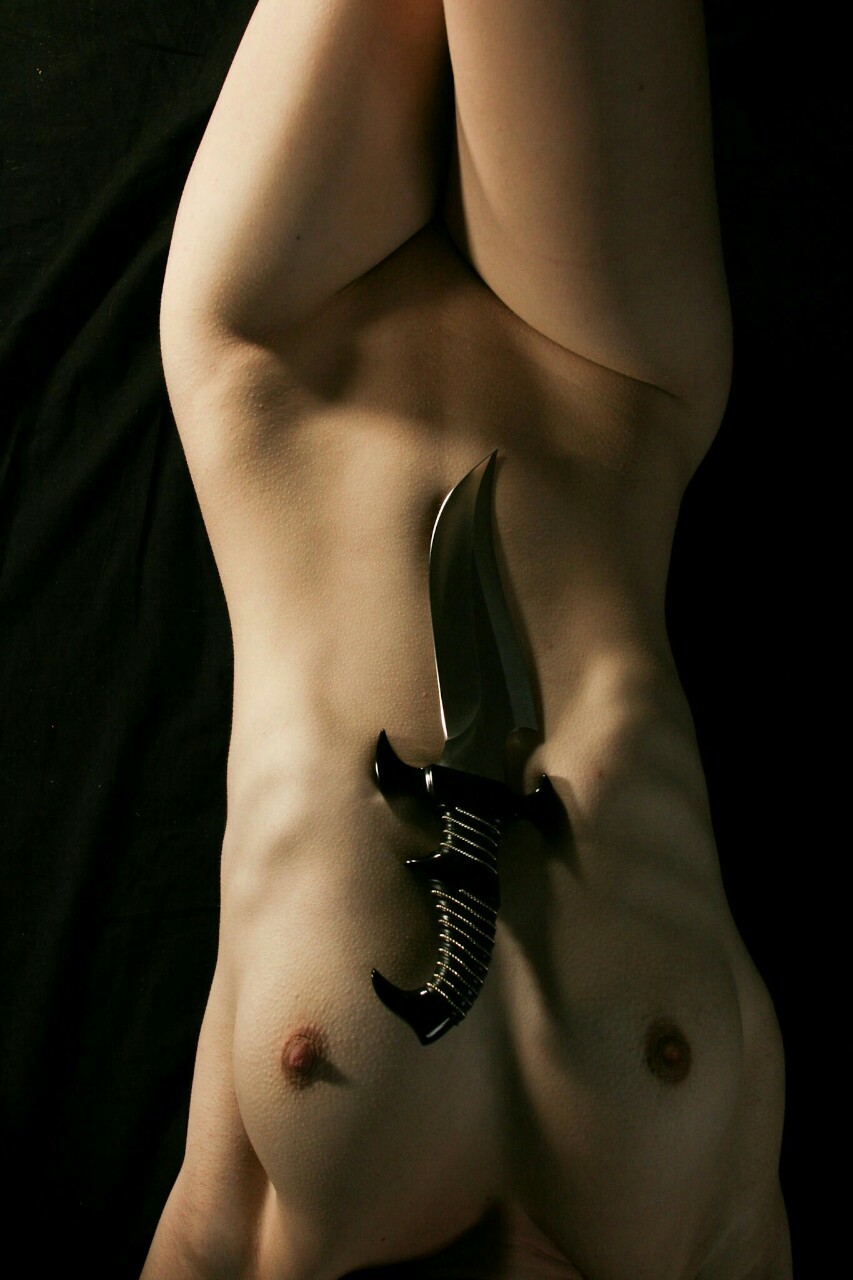 Sarah felt Theresa begin to climb onto the altar, moving between her legs, and she opened her eyes and looked down at her. They held each other’s gaze as Theresa put her hands on Sarah’s sides and then, bowing her head, she poked out her tongue and her head sunk towards Sarah’s slit. As she made contact and probed for the clitoris Sarah emitted a short, high-pitched yelp.

“Now, let’s get Satan out of you,” the Reverend Mother said softly, and Sarah wondered if she, too, was going to add to this impossible pleasure.

“Yes,” Sarah said expectantly. One more lick from Theresa, or maybe two, was all it was going to take.

But Sarah’s excitement turned to dread as she saw the Reverend Mother holding something bright above her head. As it cut out the light from the stained glass window she could make out the long curved blade of the dagger. The Reverend Mother was poised to strike down. Sarah tried to lift her arms to stop her but the chains held her. She screamed “no!” over and over again and ever louder.