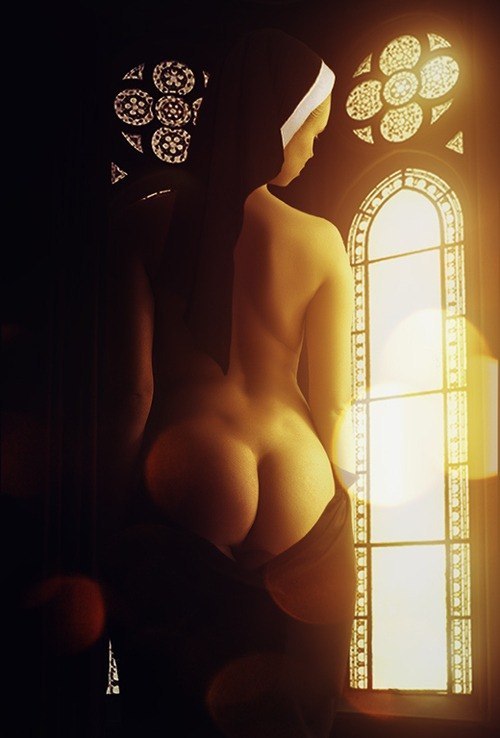 By the time lunch came Sarah felt that she was dealing well with her enforced nudity. No longer was she even pretending to be confident: she actually felt that she could deal with her punishment, especially as it was only for the next one or two days. Everyone in the convent had seen her nude, and now most of the town had too, and she had survived. She would have to think of how to deal with the Reverend Mother in future, but that was a problem that she would have plenty of time to work on.

When Jessica and Sarah worked to reorganise the pantry that afternoon all trace of a frisson between them was gone, and Sarah was grateful when Jessica sat near her at dinner time and even spoke to her once or twice. Others looked on disapprovingly and she knew that Jessica was doing as much as she dared. The warmth and gratitude she felt almost overcame her lingering embarrassment.

Prayer sessions were as solitary experiences as they had been the day before, but that was fine by Sarah: it gave her time to think, to repent, and to pray for forgiveness for the Reverend Mother. The Reverend Mother must, she thought, have been treated very badly when she was only a nun to harbour such resentment. It was a shame for her and a shame for those beneath her.

Finally, the day ended, and Sarah spent some time washing her stockings for the next day. They were thick with dust collected from town, but miraculously free of ladders. Maybe one is more careful with one’s body when naked? Sarah giggled to herself.