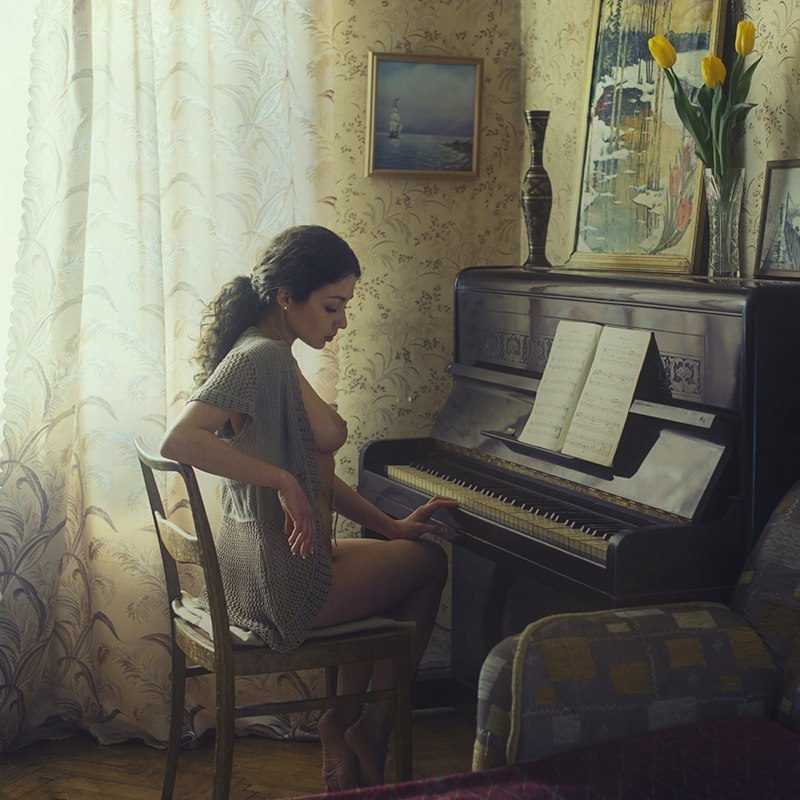 For want of a response, Jessica’s eyes froze on her reflection. She wasn’t feeling much like an energised sexual creature as she saw herself standing in her mismatched underwear with her shoulders slumped.

“Hmmm,” Miss Ashdown said, “So how do we tap this…. well of sexuality… I suppose it worked for me, so… Lift your arms up above your head for me again, draw a deep breath and close your eyes.” Jessica did so and felt one of Miss Ashdown’s hands rest lightly on her stomach and the other on the small of her back. “Now breathe gently and deeply and try to imagine you’re standing on the stage, ready to practice for a big concert tonight. You just want to loosen up and get used to the surroundings before you play in front of an audience.” Her voice dropped to a whisper again. “And since the place is deserted you’ve snuck onto the stage in your underwear.”

Jessica stood, her arms above her, her eyes closed, and barely restrained a giggle. Miss Ashdown felt her stomach move in and out with her breathing, and then continued her story.

“But there’s one thing that you notice, that you’re not supposed to notice. There’s someone sitting in the back row, in the dark, and he’s someone you’ve been trying to attract the attention of for quite some time.” Jessica blushed again. “He was walking through and he saw a beautiful young woman walk onto the stage in her underwear and start to stretch, and he just had to stay and watch, very quietly.”

Read the rest of The Pianist, and 11 other ENF stories, in Naked Women in Shorts