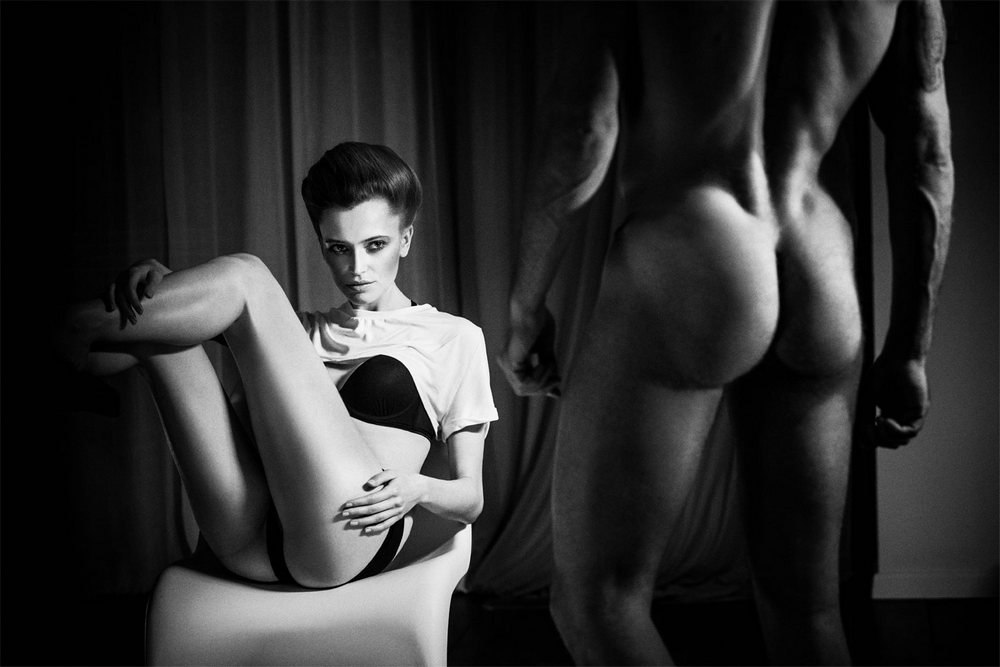 Mrs Cooper unfolded her sketchbook and sat opposite me and, almost as if I was being interviewed for something, as she drew she began to ask questions about what I had been doing at university. Her pencil seemed to move very quickly, and she spent a lot of time staring at me. I liked that part: her eyes scanning my body. I don’t know if her models usually had erections or not, but there was nothing I could do about it.

She turned the page, shifted position, and I did the same. I tried to look relaxed but I doubt very much that I managed it. The only good thing was that while she was sketching I was able to study her as much as she was studying me.

I wondered how her dress would feel against my skin. The wool looked so soft; my skin tingled at the thought and my cock waved. Mrs Cooper’s eyes were attracted by the movement and suppressed a smile. I felt the colour rising in my cheeks but all I could think about was my desire to hold her against me.

It would only take a minute, I was sure, maybe less, if just one of those delicate soft fingers deigned to touch me. It would be so little effort for her, but mean so much to me. I wondered if the thought even occurred to her as she continued to draw. I watched as her tongue moistened her full red lips. She looked up from beneath her dark lashes as my cock waved again. This was insufferable, and I began to wonder if it was possible to ejaculate without being touched at all. It would be humiliating, but it would be an end to this torture.

Read the rest of the story in The Undergraduate

One thought on “Begging To Be Touched”