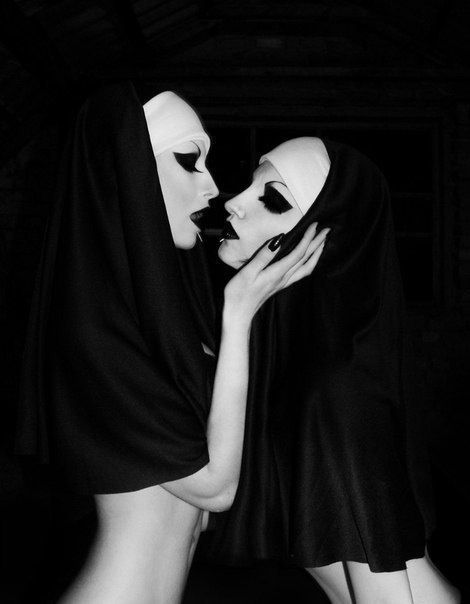 Together they rose to their feet, their arms still around each other. Sarah’s body was so soft against her own and she could feel her warmth through the thin cotton of her nightdress. If this happened again, she would remember to take it off before she came out: she could easily claim that she had slept in the nude too. Would Sarah like what she saw as much as Theresa did? Theresa shook her head: it was all pure fantasy and she mustn’t let it control her.

They negotiated the entrance back into the corridor, Theresa’s hand reluctant to leave the place it had found around Sarah’s waist. “We can’t let you bump into everything again,” she said by way of a cover story and she steered the girl’s small frame along the hall.

They reached Sarah’s door and they stood facing each other. Sarah could only see the faintest light reflected in Theresa’s eyes but she could still feel and see kindness within them. She wrapped her arms around Theresa’s shoulders and whispered to her: “Thank you”.

Theresa’s arms wrapped around Sarah’s waist and pulled her close to her. She savoured the moment, not sure if she would ever be able to repeat it, and they stood for a few seconds with their bodies pressed against each other.