I got an e-mail from Jo this morning thanking me again. I said she didn’t need to, but I’m glad if it helped at all. She said she reckons she needs to get “back in the game” as quickly as possible so what dating sites did I recommend! I have no idea about that kind of thing but I asked Helen and she sent me a few, and then said: didn’t I have a boyfriend already? I said it wasn’t for me, but I didn’t tell her it was for Jo. I kind of feel like I have a secret that Jo’s trusted me with that I can’t just go sharing around.

Jo’s office door was open today so I popped in to talk about Rachel’s work and got roped into deciding whether she should swipe left or right on a whole load of men. I think she’s only in her late thirties but all the men who were looking for a woman of that ages looked really old. It was quite sad and none of them made the grade in my opinion. She made a joke about becoming a lesbian and off-hand I said something about Ha being the expert and her eyebrows shot off the top of her head. It hadn’t occurred to me that she hadn’t noticed! But then neither had I until I saw her kissing Lily. I said I’d caused enough trouble and had better leave and she said she’d mine me for more office gossip sometime.

I really like Jo. No man is good enough for her.

I went Sunday shopping and bought some long boots… and I mean long. Just above the knee. They’re in emerald green suede. Kieran’s going to go wild for these when he sees me in them, especially if they’re the only thing I’m wearing. The sun was out so I got a couple of nice thin stretchy tops too, and then spent the evening flirting with Kieran by text and making sure he hadn’t misbehaved on his stag do. He said he didn’t feel too well, and I said I knew what he meant because I was like that on Saturday morning and I led him on for ages before telling him it was just a night out with the work girls.

“It was our second term of night school, and somehow we had all become accustomed to the teacher’s unusual methods of discipline.” 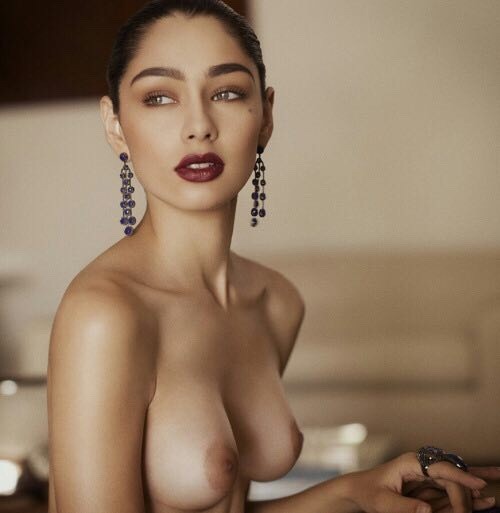 Selena dropped her bra beside her and put her hands by her sides. Then, she lifted herself in her seat, and Iris realised what was happening as she rocked forwards and then sat back up twirling a small piece of black lace around her finger. She tossed it onto the rest of her clothes.

Iris leaned to one side to look up and down the full length of her friend’s naked body. Selena sat back in her chair, picked up her wine glass and stared back at Iris. She wasn’t even making an effort to cover her breasts.

Iris looked around the room again. Every head was turned towards them, staring at Selena. She looked back at her friend who seemed entirely unconcerned by the attention she was getting. If anything, she was sitting straighter than before, her chest pushed out a little.

Read the rest of One Better, and 11 other ENF stories, in Just ENF

We went out for a drink after work with a few of the girls, and Jo, and she still didn’t look right but she was kind of hyper and talking fast and then giggling at all kinds of things, and then I saw some pills in her bag. (Not illegal ones.) That seemed really bad.

I managed to get her alone later when nearly everyone else had gone and it got suddenly intense. To cut it all short: her partner of the past seven years just broke up with her suddenly, has moved out and she hasn’t seen him since. It seemed kind of crap, and I’d never have expected Jo to swear so much. And then she’d say something like, “I mean, why?” and it was like she was trying to stop herself from bursting into tears and she’d go bright red and then laugh. It was all a bit worrying, and over time everyone else left and I stayed with her.

Obviously I know nothing about her relationship but I tried all the usual things about mid-life crisis, men are so immature, it’s not you it’s him, anyone would be lucky to have you (which is true). But I know it wasn’t really doing anything, but I think it helped that she was talking about it.

Then when we went to leave she almost fell over, because we had drunk a lot. Although I’d had the same, but perhaps her pills made it worse. (Anti-depressants maybe? I don’t know.) So I called her a cab but there was no way she could get into it, or out of it, without help, but at least she could remember her address.

I helped her up the pathway and found her keys in her bag and let her in and she was stumbling all over the place, so I took her upstairs and laid her down on her bed and took her shoes off and threw a couple of blankets over her and put a glass of water on a bedside table. Luckily she has a spare room so that’s where I slept, with my clothes all piled up on a chair.

She was up when I went down in the morning, in a dressing gown while I was wearing the skirt and blouse I’d worn to the office the day before. (But at least I wasn’t wearing dirty underwear, since I didn’t have any.) Jo asked if I wanted to borrow something clean and I said I was okay. She made us coffee and breakfast and she said thanks for getting her home and looking after but her head was pounding. Mine wasn’t great either so we had a couple of painkillers, and Jo had one of her mystery pills. She saw me looking and said something about “I know you don’t approve” but knocked it back anyway. I don’t know how I couldn’t approve of something when I don’t know what it is, but she’s actually right: I just don’t like people taking pills to fix things, even if they do work.

We talked some more over breakfast, and then Jo cried again. I put my hands on hers and she seemed okay with that, but I still felt a bit silly seeing someone I work for in tears and not being able to do anything about it. I don’t think she could remember half of last night because she said a lot of it again, and I said the same things back. Eventually she said she’d taken up too much of my time anyway and although I could have stayed there quite happily she booked me a cab (prepaid, of course), and insisted on giving me money for the one the night before (which had cost about forty quid so I only made a token effort at declining that), and now I’m back home again.

I know almost nothing about her old partner but I really hate him now. I hope she finds someone who deserves her.

I’m so drunk I can’t type anything. I’ll write tomorrow.

The snow’s thawing and I spent the morning at the PR company. Ellie was wearing a white blouse with a dark bra underneath it. There’s definitely something hot about her and I can’t tell if she’s flirting with me, everyone, or that’s just the way she is. Probably the last.

Jo was back in the office today. She still didn’t look great and didn’t say anything to anyone. I e-mailed her about Rachel’s work and she said I’d done a great job of covering for her so we should go out for a drink tomorrow to celebrate me being someone’s boss! If she’s coming out for a drink then I guess it can’t be that bad, or perhaps she’s just trying to get through it, whatever it is.

I could have strangled her: if it’s that great then why didn’t you just do it and leave me as I was?

We arrived in the main square. There were a handful of people, apparently tourists, and all holding umbrellas. The rain was too heavy to be outside without one. Some of them looked in our direction and pointed and muttered to each other. I folded my arms across my chest and tried to huddle in on myself.

But that didn’t seem to matter to Mia. Maybe I should have claimed to feel the chill and hope for some sympathy, but it still felt very warm despite the rain.

I had lunch with Ha and Rachel today and Ha said I should bring Kieran round to theirs for dinner sometime. He’s away this weekend at a friend’s stag do (which is really annoying) but I said we would soon. Ha said she hoped it would be as much fun as at my place and it made me blush, and Rachel had no idea what was going on (thankfully). Ha said she’d make sure she kept the thermostat high so I could wear whatever I wanted, if I wanted to, and didn’t have to worry about getting cold and I slapped her on the arm! I guess nothing really has changed between us after the other week, which is good.

And I can’t believe I’m not even seeing Kieran this week. I took out my frustration in Pilates, which just means I’ll ache tomorrow.